We are extremely lucky and grateful to have the following individuals as Patrons for The Piece Hall Trust. Our Patrons act as ambassadors for the Trust, helping us to raise our profile, introduce us to new supporters and increase awareness of our work. 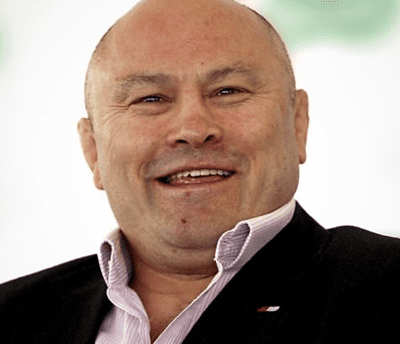 Brian Moore was raised in Halifax and is an England Rugby Legend, Broadcaster and Entertaining After-Dinner Speaker.

During his career, Brian played for Harlequins, Nottingham, Leeds and represented England.

He won a total of 64 caps between 1987 and 1995. He played in three Rugby World Cups including the World Cup final against Australia at Twickenham in 1991. He was member of the England side that won Grand Slams in 1991, 1992 and 1995, and was a Test series winner with the Lions in Australia 1989. In 1990 he was voted Rugby World Player of the Year. He was a mainstay of the England front row during his International career, missing just 4 of 66 Internationals from his debut against Scotland in 1987 until his final game versus France in 1995.

Since retiring, Brian Moore has been a regular media commentator and pundit on the sport on Radio 5 Live and, Radio Trent Sportsnight with Tony Delahunty. 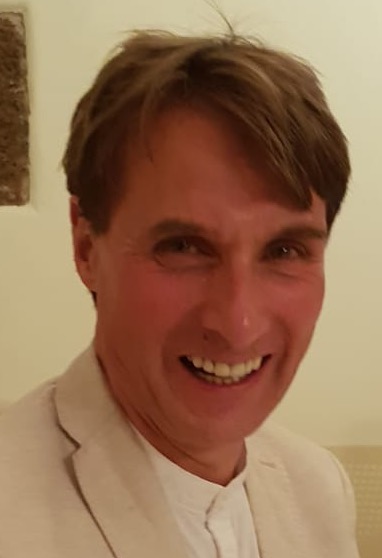 Clive Lloyd is an entrepreneur who founded Design and Display Limited in 1990 with his wife Virginia.  Today the company employs over 80 people at its Elland factory.  For the past 10 years, he has also run a successful commercial property business.

His main passion outside of work is the arts, this has led to an involvement with a large number of arts organisations. He is a past Deputy Chair of Opera North, Trustee and executive member of the Leeds International Piano Competition, a founding trustee of The Piece Hall Trust and chair of the music education charity NOEL.  He is also a past President of the Halifax Antiquarian Society and an honorary Vice President.

He currently sits on the board of Northern Ballet and chairs the development committee for Opera North. 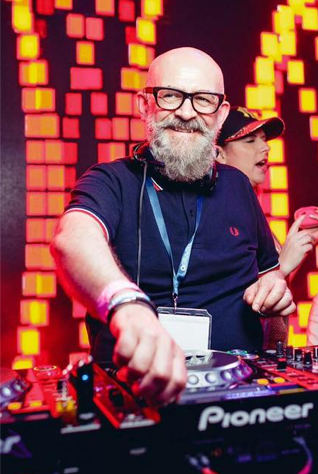 Born in Aberdeen in 1963, Graeme is British house music DJ and is widely credited as one of the original founders of the UK’s rave/club scene, notably as a leading figure of The Haçienda club in Manchester, England.

Graeme started out working in the Nottingham record shop, Select-a-Disc Records, in the early 1980’s. He began DJing at The Garage Club in Nottingham and The Leadmill in Sheffield, among others, before being invited to join Mike Pickering (of M-People fame) at the decks of the renowned The Haçienda club in 1987, where he played until the venue closed in June 1997.

Since 2016, Graeme and Mike Pickering have teamed up with Manchester Camerata Orchestra to form Haçienda Classical – old school house, club and rave anthems performed with a 70-piece orchestra and choir. Although the collaboration was initially planned as a one-off, Haçienda Classical will enter its fifth year in 2020 due to overwhelming demand.

Graeme continues to DJ at venues all over the world, including The Piece Hall. 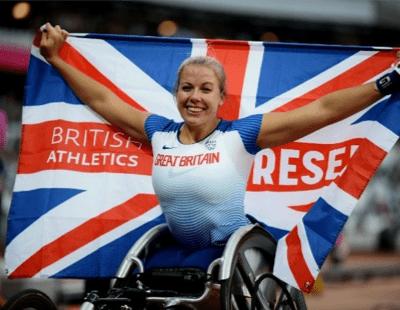 Hannah received an MBE in 2013 for her services to athletics. She has also been awarded honorary degrees by The University of Bradford and York St John University and was appointed Deputy Lieutenant of West Yorkshire in 2016.

Hannah was chosen by members of the public to ring the newly restored Piece Hall bell at The Piece Hall’s grand re-opening on Yorkshire Day in 2017. 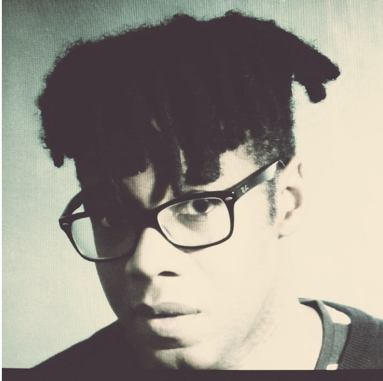 Born in 1962, Lester was the vocalist for the techno-dance band Beats International (formed by Norman Cook in 1989). He has also been involved in various music groups including Grab Grab the Haddock, North of Cornwallis and more recently The Quiet Boy.

Lester is now a drama and music teacher at Ravenscliffe High School and Sports College in Halifax. 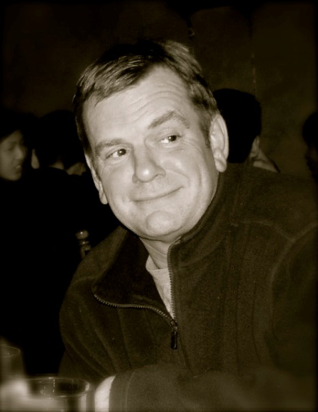 Mark is a film writer and director best known for his hit films Brassed Off, Little Voice and, most recently, The Boy In The Striped Pyjamas.

Born in Bridlington, East Yorkshire, Mark began his film career studying animation at Leeds Beckett (then Leeds Polytechnic) and at the National Film and Television School where he soon moved over to writing and directing live action. His graduation film, See You At Wembley, Frankie Walsh won an Oscar for best student film.

Ever since, Mark has continued to write and direct a number of critically acclaimed and industry award-winning films including Brassed Off (1996), Little Voice (1998) and more recently, The Boy in the Striped Pyjamas (2008).

Mark gave a Q&A at The Piece Hall in advance of our courtyard screening of Brassed Off (which featured The Piece Hall as a film location) in August 2019. 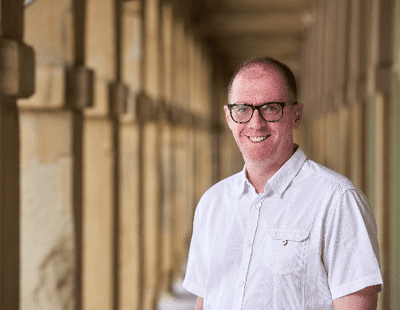 Paul Whittaker was born in 1964 and has been deaf since birth. He knew from a young age that he wanted to be a musician and, after getting a music degree from Wadham College Oxford and a post-graduate diploma from the RNCM, he founded “Music and the Deaf” to encourage deaf people to access and enjoy music. He ran this for 27 years before leaving in 2015 to pursue a freelance career.

In 1992, Paul began signing musical shows in the West End and on tour, including Les Miserables, Cats and West Side Story. He has appeared at the BBC Proms, Edinburgh International Festival, Aldeburgh Festival and has worked with The Sixteen, Rambert Dance and Opera North.

He has been awarded honorary degrees from the University of Huddersfield and the Open University and in 2007 was given an OBE for services to Music.

“I’m so delighted to be a Patron of the Piece Hall and to support what is a really phenomenal place.” 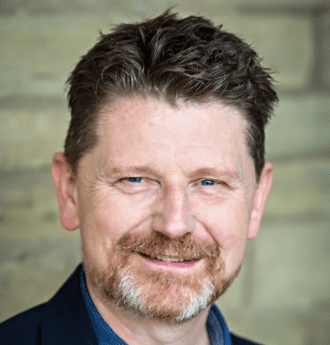 Born in Normanton, West Yorkshire, in 1959, Reece began his acting career at the Guildhall School of Music and Drama in London and has enjoyed a long and successful acting career in television, theatre, film and radio drama ever since.

Reece has appeared in some of the most celebrated TV shows over the last thirty-five years including Home to Roost, Coronation Street, Take Me Home, Spooks, Life on Mars, Silent Witness, Conviction and BAFTA award winners, Threads and Storyteller. He has appeared on stages across the UK, including The National Theatre, The Royal Shakespeare Company, The Royal Exchange Manchester and The West Yorkshire Playhouse, where he was made the company’s first ever Associate Artist. Reece won the Special Jury Prize (International Critics Award) at the Geneva Film Festival for his portrayal of John Brandon in the feature film I.D. 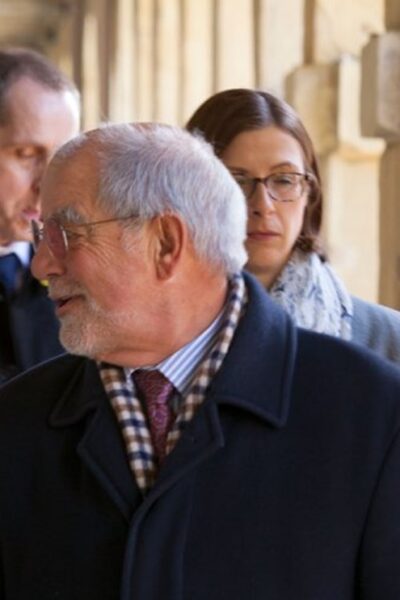 Roger Harvey OBE joined the family business of Harveys in 1968. Now the company’s Chair, he spent more than 40 years developing the business (originally a clothes shop) to a full-scale department store which is a now a landmark in Halifax. Roger has carried out numerous roles outside the business supporting the local community and economy. In this capacity he was previously a Director for Halifax RLFC, a Director and Chair of Action Halifax and a Director of Project Challenge and the 900 Trust (Halifax Minster).  With a love of arts’ music and sport, Roger was until recently Chair of the Victoria Theatre Trust and President  of Halifax RLFC.

In addition to the Piece Hall, Roger is a Patron of Northern Broadsides Theatre Company, President of the Halifax Choral Society and Vice President of the Community Foundation for Calderdale.

Roger was appointed an OBE in the Queen’s New Year Honours December 2008 for voluntary work with Calderdale organisations and appointed Freeman of the Borough of Calderdale December 2010. 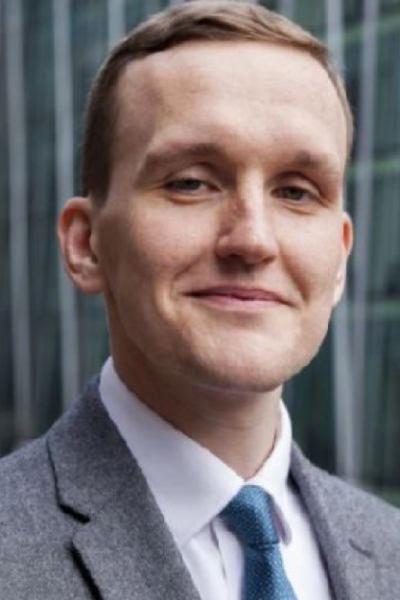 From 2015-2019 he was the Global Head of Corporate Affairs at the £2bn consultancy and construction company, Mace Group. Prior to this he worked for NYSE listed Jacobs Engineering, former Secretary of State for Health, Rt Hon Baroness Virginia Bottomley DL, and the Rt Hon Michael Gove MP when he was Secretary of State for Education.

He has an MSci in Theoretical Physics from University College London. 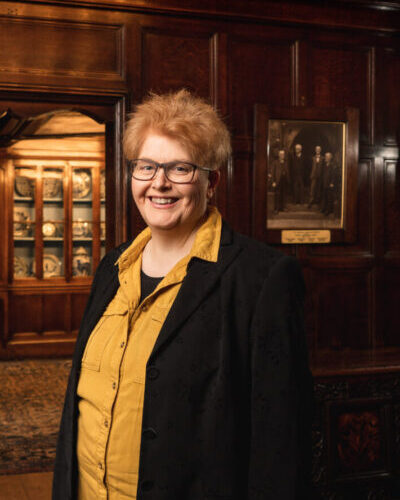 Sally Wainwright is an English television writer, producer and director from Yorkshire.

She started her writing career with a stage play called Hanging On at Edinburgh Festival. She then started writing for the Radio 4 series The Archers, followed by five years writing for Coronation Street. She created her first original drama series At Home With The Braithwaites in 2000 which ran for 4 series. This was followed by a 3-parter Sparkhouse, a six-part series The Amazing Mrs Pritchard, and a further 6-parter called Jane Hall.

In 2016 Sally wrote and directed a 2-hour drama for BBC1 called To Walk Invisible: The Bronte Sisters. In 2018 Sally wrote, executive produced and directed an 8-part drama for BBC/HBO called Gentleman Jack, about the extraordinary Yorkshire landowner diarist and traveller Anne Lister who kept diaries of her daily life including her lesbian relationships. She is currently in the middle of writing its second series. Most recently, she has written and executive produced the fifth series of Last Tango in Halifax for BBC which began filming in 2019. 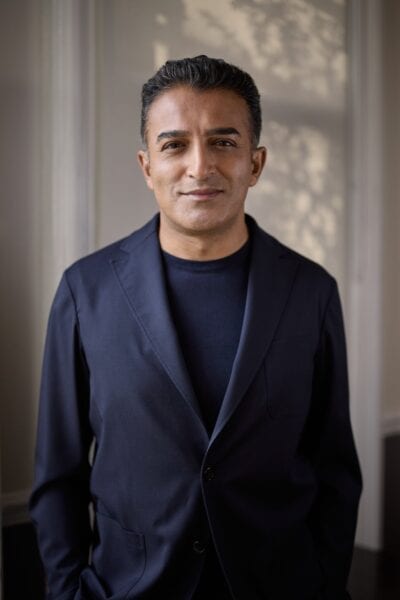 Adil Ray was born in 1974 and is a British actor, comedian, and radio and television presenter. Ray created, co-writes and stars in the BBC One comedy Citizen Khan, as well as presenting on various BBC radio stations. He is also a guest presenter on ITV’s Good Morning Britain, and has played the role of Sadiq Nawaz in the Channel 4 drama series Ackley Bridge.

Read More
We use cookies to ensure that we give you the best experience on our website. If you continue to use this site we will assume that you are happy with it.AcceptPrivacy Policy