Begin your journey here,
at The Piece Hall

What’s on, at The Piece Hall

The Grade I listed Piece Hall, Halifax is a rare and precious thing, an architectural and cultural phenomenon which is absolutely unique. It is the sole survivor of the great eighteenth century northern cloth halls, a class of buildings which embodied the vital and dominant importance of the trade in hand woven textiles to the pre-industrial economy of the West Riding of Yorkshire, from the Middle Ages through to the early nineteenth century.

Dating from 1779, when it was built as a Cloth Hall for the trading of ‘pieces’ of cloth (a 30 yard length of woven woollen fabric produced on a handloom), The Piece Hall was the most ambitious and prestigious of its type and now stands in splendid isolation as the only remaining example. It is one of Britain’s most outstanding Georgian buildings.

It is impossible to overstate the scale and importance of this trade, not just to the history of Halifax and the West Riding, but to the nation as a whole over some 800 years between the twelfth and eighteenth centuries.

A treasure trove of high-quality boutique and unique shops

A Piece of Christmas

Eat & drink at The Piece Hall

Become part of our community.

WHAT’S IN IT FOR YOU?

Priority booking - be the first in line for selected events

Exclusive invitations to member only previews and events

Receive a £5 off voucher to spend in The Trading Rooms*

An opportunity to ring The Piece Hall bell 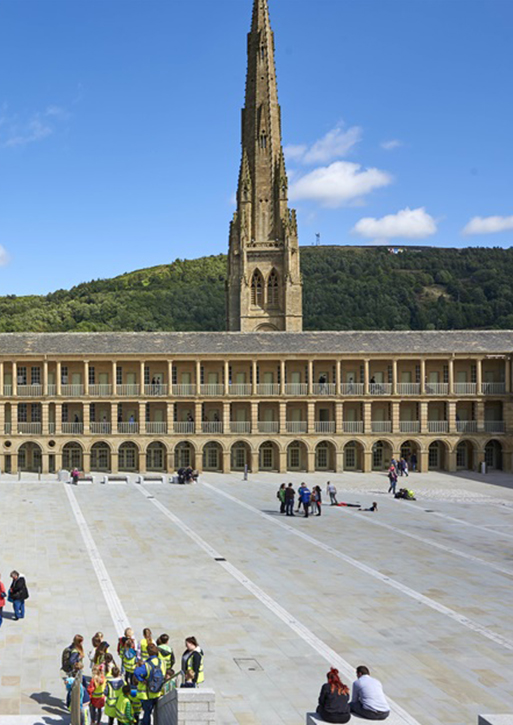 Read More
We use cookies to ensure that we give you the best experience on our website. If you continue to use this site we will assume that you are happy with it.AcceptPrivacy Policy